Over thirty-five shows and exhibitions to date; all listed below featured artwork selected by jury.

Take a video tour of this exhibition at the new ASA Gallery:
https://www.facebook.com/watch/?v=3461614400525712&extid=LLKqgDLQuKBlaDJj 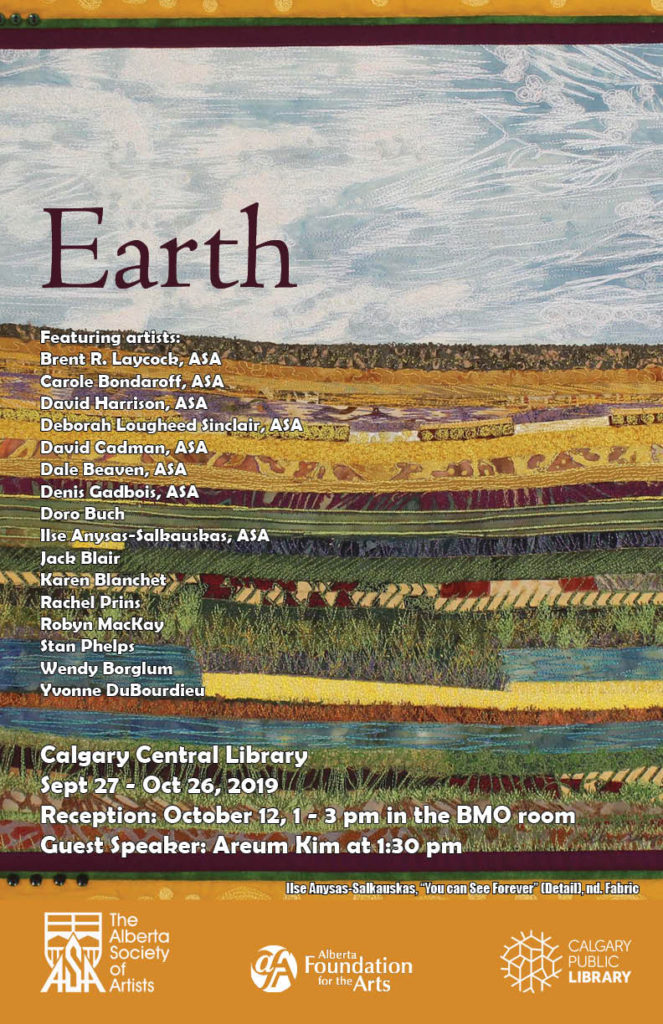 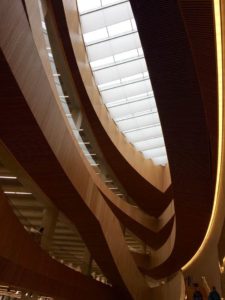 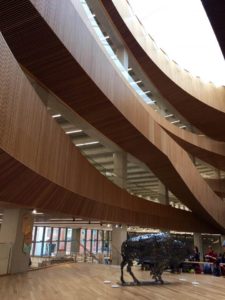 Second venue:
The striking Art Gallery of Alberta in Edmonton: 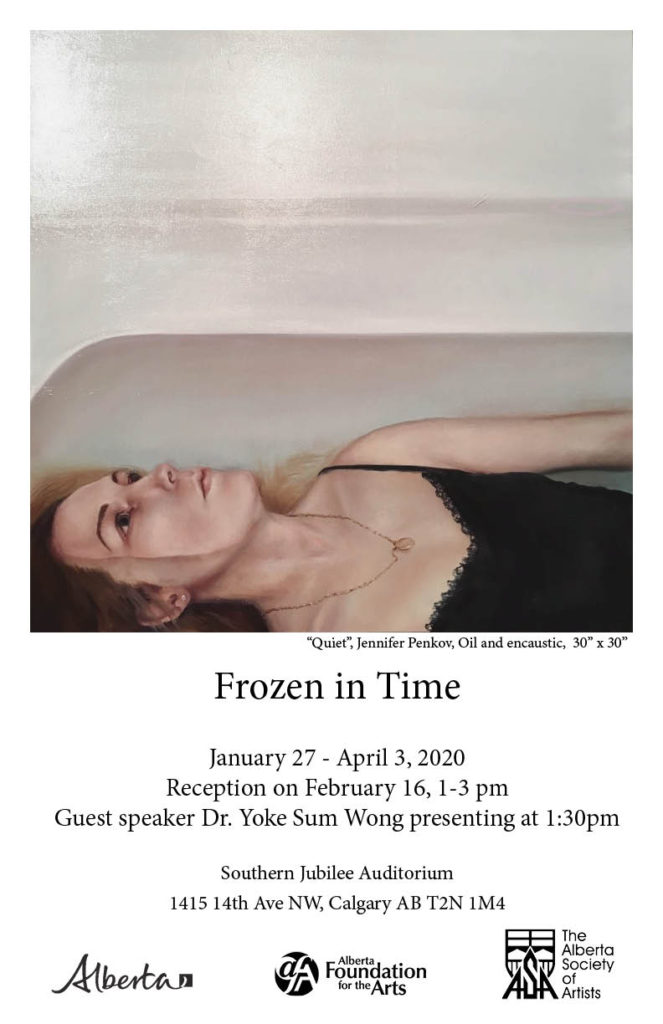 Truly honoured that one of my paintings was selected as the advertising and promotional feature image for the entire Art and Lifestyle show: L to R full page ad in Western Art and Architecture, Calgary’s Avenue magazine on-line, and the invitations to the opening of the show. 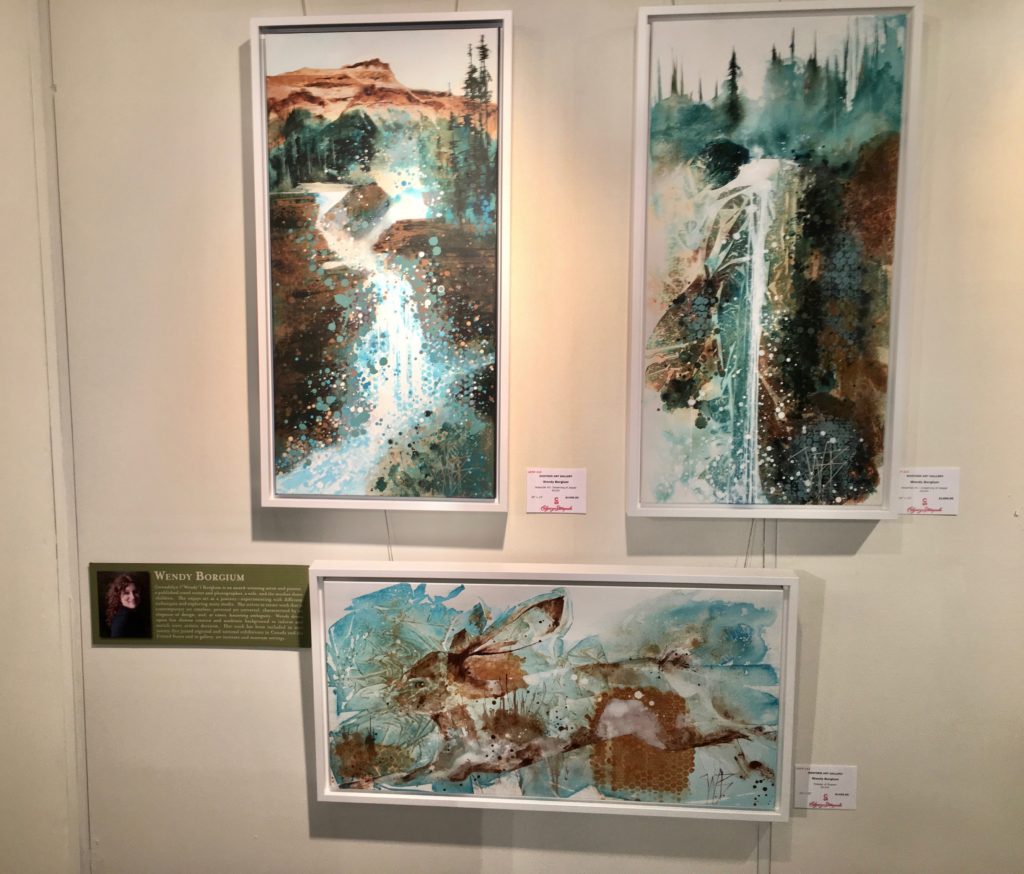 My painting “Change of Season” was one of several chosen by the Leighton Centre  and others to promote this show on social media. 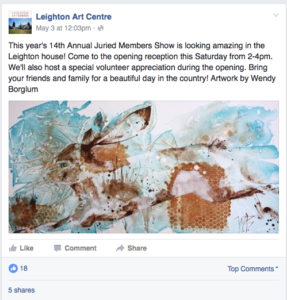 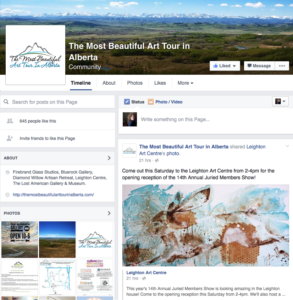 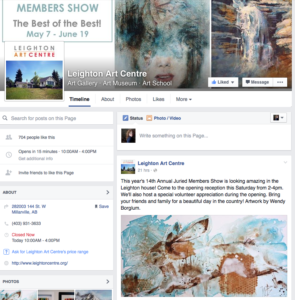 My art “Mass Start” as featured on an exhibition poster
for Celebrating Alberta: 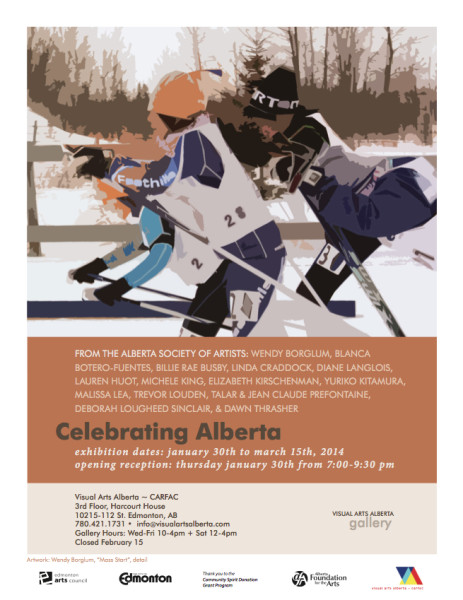 …and as featured on the exhibition catalogue: 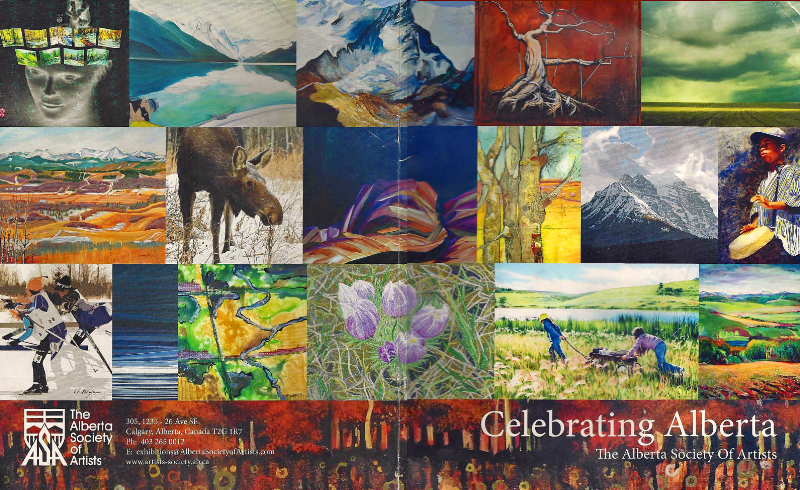